It, seemingly, came out of nowhere–this new, supposedly revolutionary product that promises relief and relaxation, enough to rival that of marijuana without the fear of catching a misdemeanor. For now anyway.

You’ve seen the street peddlers walking up and down the block with their colorful carts promising feel-good relief in a vaporized cartridge. Or maybe you’ve noticed the large signage adorning your local gas station that reads “Delta-8 Sold Here!” But why is Delta-8 THC so popular? What even is it? Well, here is everything you need to know about the illusive Delta-8.

What Is Delta-8 THC?

Including the more well-known cannabinoids like CBD and Delta-9 THC, there are over 100 active cannabinoids (that we currently know of) in the cannabis plant. One of these cannabinoids, an isomer of Delta-9 THC, is Delta-8 Tetrahydrocannabinol. Delta-8 is a minor cannabinoid that can either be naturally produced in cannabis in minute amounts or chemically derived from CBD isolate.

Similar to Delta-9 because of it’s ability to relieve insomnia, pain, nausea, and anxiety, Delta-8 THC is highly coveted for it’s psychotropic effects which claim to be almost identical to those of marijuana.

The obscurity around Delta-8 THC’s legality originates from this fact alone: that it is produced from the hemp plant. Delta-8 THC products will get you high, and although the effects are said to be substantially less intoxicating than Delta-9 THC, it is this fact and the hemp industry’s push of the “legality” and novelty of the compound that contributes to Delta-8 THC’s high demand.

The status of Delta-8 THC lies in somewhat of a grey-area and there currently are over a dozen states that have placed bans or restrictions on Delta-8 products. After the passing of the 2018 Farm Bill, hemp was removed from the DEA Schedule 1 Drug List and was approved to be grown, distributed, and consumed anywhere within the United States legally.

A majority of the dangers surrounding Delta-8 Tetrahydrocannabinol lie within the lack of knowledge we have on it. Delta-8 THC is most commonly produced by adding acids and solvents to CBD isolate. Organizations who are manufacturing Delta-8 properly should undergo extensive measures (including testing) to make sure the product is “safe.” Because the chemicals needed to catalyze this reaction are caustic and it’s possible to inadvertently create toxic byproducts in the process, it can easily result in Delta-8 products that are not manufactured cleanly or safe to consume.

Delta-8 is sold in many forms. It is commonly condensed into solid substances like gummies or candies, but can also be found in capsules, oil, and even more often, can be seen in vaporized cartridges.

The Dangers Of Delta-8 THC

Delta-8 THC is a tool for the industry to consume mass amounts of unmarketable CBD isolate available today — creating one low quality product from another. Because of this, it is considered “a legal loophole,” where the lack of structure and federal supervision over the Delta-8 THC market raises concerns for harmful substances that might be found within these products.

Due to the lack of regulation within the market, Delta-8 THC products are at risk for being manufactured amongst, or mixed (both purposefully and unintentionally) with harmful heavy metals and unexpected toxins.

Another concern for the coveted compound lies in its production simplicity. Even in the comforts of one’s own home, anybody can make their own batch of Delta-8 by mixing over-the-counter CBD isolate with battery acid, pool chemicals, or even vinegar. This reason alone should render consumers cautious about the products they’re purchasing.

Due to Delta-8’s lack of regulation, cannabis companies–who operate within the lines of the law and are interested solely in creating a legitimized cannabis market–are feeling snubbed. Delta-8 THC manufacturers are able to cut their prices to more competitive rates because they avoid paying licensing fees, and can sell products that aren’t properly tested. This newfound, novelty competition within the cannabis industry negatively effects the business of companies who produce cannabis products legally and safely.

Companies who produce and sell Delta-8 THC products risk running into eventual legal consequences once the FDA and the DEA finalize laws that specify the legality of Delta-8. With a large number of cannabis manufacturers enraged, it is likely that Delta-8’s lack of regulation will not go overlooked for much longer.

In order to progress the cannabis industry forward, to legitimize it to those that are on the fence, we must remain focused on the medicinal benefits of cannabis and stop expecting the novelty market to do the job.

More commonly known as THC, Delta-9 is the infamous psychoactive compound found in the cannabis plant that is responsible for getting users “high.”

While their chemical structure is almost identical, the biggest difference between Delta-8 and Delta-9 lies in the placement of their chemical bonds: Delta-8’s double bond lies on the 8th carbon chain, where Delta-9’s double bond resides on the 9th carbon chain. While this difference may seem unimportant, the variance in the location of the two cannabinoid’s double bonds determine both the physical and psychical reactions that occur within a person’s body after intake.

Upon inhalation, Delta-8 binds to the CB1 receptor of a person’s Endocannabinoid System. The Endocannabinoid System (ECS) is a multifaceted, cell-signaling system that impacts memory, mood, sleep, and appetite. The ECS functions with the purpose of achieving homeostasis within the body, and although our body naturally produces endocannabinoids to regulate this system on its own, cannabinoids like THC and CBD can be consumed to alter this system as well. Outside cannabinoids bind to receptors in the ECS to protect and regulate bodily functions like cell communication, metabolism, and immune system functionality.

Though far less potent than the more commonly known Delta-9, Delta-8 THC is so highly coveted because of its similarity to the effects of smoking marijuana. Users of Delta-8 have reported feelings of euphoric highs, happiness, and reduced pain. In addition, Delta-8 has been known to curb insomnia and increase appetite. Side effects of Delta-8 THC are similar those of Delta-9 as well, possibly causing dry eyes and mouth, paranoia, and anxiety.

Every body differs in their chemical structure, so the ways in which Delta-8 reacts within a user’s system can vary from person to person.

Why CBD Oil Is Better…

In comparison with CBD, Delta-8 THC fits into the novelty market of cannabis use, as it doesn’t focus on the true health benefits that this versatile plant provides.

CBD, on the other hand, functions primarily as a supplemental balance to our Endocannabinoid System (ECS) providing relief from depression, anxiety, insomnia, and pain. CBD Oil has been known to treat multiple forms of epilepsy, alleviate cancer-related symptoms, and even reduce cancer cells within the body. It has also been suggested that CBD has the ability to lower blood pressure and prevent cognitive decline in patients with Alzheimer’s.

Where THC binds to a person’s CB1 receptor, CBD binds to both CB1 and CB2 receptors. Unlike Delta-8 THC, CBD is nonintoxicating and safe to take before driving or partaking in complicated, locomotive tasks. CBD will not get you high, but the medical benefits that it provides can leave users feeling happier and more relaxed.

Contrary to popular belief, Delta-8 THC is not legal simply because it is derived from hemp–and it’s vague legality will not be left unanswered for long. Once Delta-8 can be better defined, its federal acceptance will likely change. Not only is consuming CBD much safer than consuming Delta-8 THC because it is 100% legal, but the benefits of Delta-8 cannot be compared to the extensive list of the long-term benefits of CBD use. Here at Kentucky Cannabis Company, despite common misconceptions, we believe that the law is very clear in the fact that Delta-8 THC is not legal. Everyone should be aware that Kentucky State Police are beginning to crack down on businesses who are selling Delta-8 products.

Although we don’t recommend it, if you decide that you just have to try the newest craze of the cannabis industry, we want you to be safe. If purchasing Delta-8, we ask that you do some research of your own before you buy any Delta-8 product–make sure that the product in question has been tested and has proof of testing somewhere on the product’s website or label.

There is still a lot of research yet to be conducted on Delta-8 Tetrahydrocannabinol, and for this reason alone, users should be cautious when it comes to consuming these products. Kentucky Cannabis Company does not support the use of Delta-8 and advises against it.

We get it–this stuff can be confusing! So, here’s a quick breakdown: 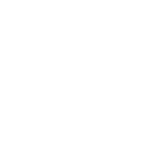